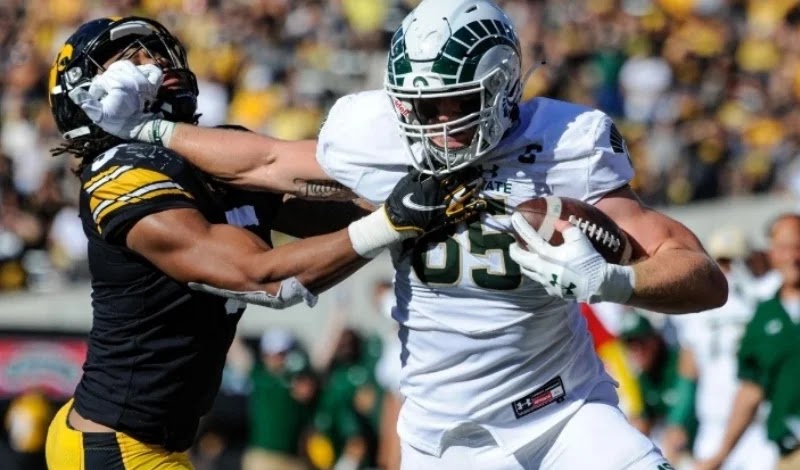 The Cardinals made eight picks in the draft, but the defining one for them was the first-day trade. By trading a first-round pick for receiver Marquis Brown, Arizona slightly improved the receiver position over Christian Kirk. The acquisition of the former teammate should also help improve the organization's relationship with quarterback Kyler Murray. What reduces the deal estimate is that the Cardinals gave up a first-round pick in favor of a player in the fourth season of the rookie's contract.

Arizona selected one of the best tight ends in the class, Trey McBride, in the second round, adding Murray as another target for assists. It will also be interesting to watch the rebuilding of the defensive front, where the departed Chandler Jones will try to replace Cameron Thomas and Mayjai Sanders.

The Falcons didn't rush to pick a quarterback, despite the fact that entering the season with Marcus Mariota doesn't seem too interesting. Instead, the club opted to bolster the offense with one of the best receivers in the class. Atlanta got a passer in the third round, and he was Desmond Ridder, who was seen by some experts in the first round. In these players, the club saw the future of its offense in the post-Matt Ryan era.

The defense got a noticeable boost in athleticism. Arnold Ebiketie is undersized but has a great first step, and Troy Andersen has his second RAS score since 1987, according to Pro Football Network.

The most intriguing player from Day 3 so far looks to be running back Tyler Allgeier, who prefers to operate on the power side. In the backfield, he will pair up with the versatile Cordarrelle Patterson.

In terms of player value, the Ravens had one of the best first rounds. At No. 14, the team got Kyle Hamilton, who was quoted in the top 10, and after trading Marquise Brown, the best center in the class was drafted.

Second-round pick David Ojabo was also rated much higher. Ian Rapoport of NFL Network reported that the player recovering from an Achilles injury could be ready to take the field in October. In the third round, Baltimore selected another promising defensive lineman who could be useful right away. Travis Jones has excellent anthropometrics and athleticism to bolster the Ravens' pass rush.

Overall, the team probably got four players in the starting lineup for years to come. Plus, several prospects were selected on day three. First and foremost are tackle Daniel Faalele and tight ends Charlie Kolar and Isaiah Likely.

The Bills are in Super Bowl contender mode and therefore had to be aggressive with players who could benefit immediately. This explains the rise behind Kaiir Elam, who should strengthen the Secondary. Let's not forget the large number of talented passers in the AFC.

Useful on the receiving end, James Cook is a dynamic addition to the backfield and a competitor for Devin Singletary. Having a player like that should take some of the pressure off Josh Allen.

The major acquisition of Day 3 was receiver Khalil Shakir. He was a top-50 draft pick in several big boards, and Buffalo will be able to compete for a slot receiver spot with recently acquired Jamison Crowder. 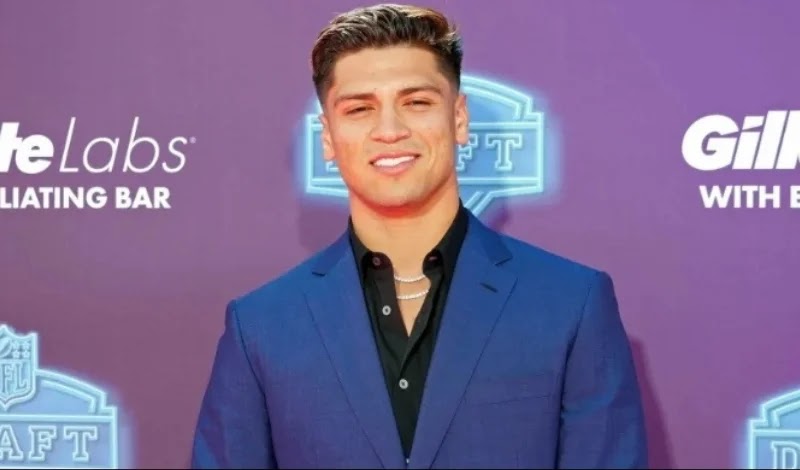 The acquisitions of Sam Darnold and C.J. Henderson significantly reduced the Panthers' draft capital, but the office handled the remainder quite intelligently. At No. 6, the team got a ready-made left tackle, strengthening a line that was ranked No. 31 by PFF last year. It's not the same as finding a franchise quarterback, but Carolina got a valuable player quoted at the top-3 level.

Selecting Matt Corral in the third round doesn't look like a bad investment. The quarterback has the potential to be in the starting lineup as early as this season.

The most notable pick of the third day was Brandon Smith, who is ready to compete for one of the linebacker rotation spots. Overall, the Panthers had a quality draft pick that will probably make you forget the failed Sam Darnold trade.

That said, you can't get past the fact that the office has done nothing to help Justin Fields. The first pick in the offense is Velus Jones Jr., who has great speed, but he will be 25 years old before the season starts, and it will take a lot of work to make him a quality receiver.

Cincinnati hasn't drafted a quarterback in the first round since selecting William Jackson in 2016. This time around, the team settled on safety Daxton Hill, whose value will depend on what role coordinator Lou Anarumo assigns him. At Michigan, Hill was out at the slot spot, but his athleticism allows him to operate deep in the outfield as well.

The Bengals continued to invest in defense on day two, but the utility of those selections is questionable. Both Taylor-Britt and Carter were selected noticeably above the positions where they were quoted. The idea of using the draft to bolster the defense after investing heavily in the o-line in the free-agent market looks sensible, but its implementation is not enthusiastic.

Cleveland general manager Andrew Berry traded his second-round pick, getting an extra pick from Houston. In the third round, the team selected the tall and athletic Martin Emerson, the epitome of everything the Browns want to see at the cornerback spot.

Selected later, Alex Wright, because of his athleticism at the NFL level, could play better than he did in college. Receiver David Bell, on the other hand, will have to add markedly in that aspect. This draft class as a whole has not been rich in transition-ready players, and Cleveland lost a significant amount of capital by trading Deshaun Watson. The trade down increased the number of picks but didn't contribute to their quality.

Related: How Does NFL Draft Work

Dallas' first pick was Tyler Smith, a strong and tough, but raw in terms of technique. The value of this pick will depend on how offensive coordinator Joe Philbin works with him. It's hard to rate this pick highly when more NFL-ready pass rushers George Karlaftis and Jermaine Johnson remained available.

The Cowboys closed that position on Day 2 by taking speedy Sam Williams, who made 12.5 sacks last season. Finding a valuable asset at the receiver spot proved to be much more difficult; they were picked pretty early and a lot. Here, the Dallas office can be pleased with Tolbert's third-round pick. According to PFF, he had the most receptions last year by 15+ yards.

The Broncos did not have significant capital, but used the available picks very intelligently. First choice Nik Bonitto is short, fairly straightforward, but quick and efficient. Tight end Greg Dulcich, drafted at No. 80, was called "the best receiver in the class" by one analyst. He should fill the vacancy left by Noah Fant's departure.

Statistically, clubs don't guess too often on Day 3 with the right player, but seven picks noticeably increase the odds of success. This is where Uwazurike looks the most interesting. Yes, he's spent six years in college and is old by league standards. But last year he had 12.5 tackles for loss and nine sacks. In the NFL, he could play the role of a hybrid defensive tackle/defensive tackle.