The Super Bowl 2023 will take place on the night of February 12-13 at State Farm Stadium in Glendale, Arizona. The game begins at 6:30 P.M. ET.
Home
NFL
NFL Playoffs

2023 NFL Playoffs: 49ers vs. Seahawks Wild-card Round Predictions. Who is favored to win 49ers or Seahawks?

The San Francisco 49ers will play against the Seattle Seahawks in the wild-card round of the 2023 NFL Playoffs. Here's the 49ers vs. Seahawks Predictions. 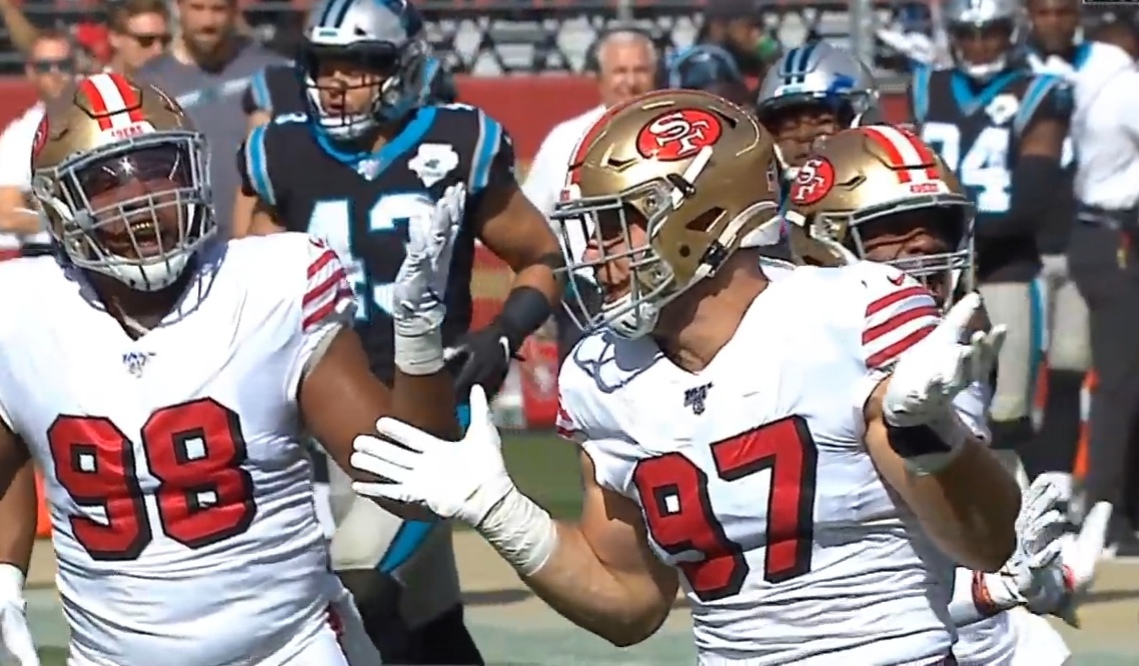 Who is favored to win 49ers or Seahawks?

San Francisco 49ers: nine points. The 49ers were without two starting quarterbacks for Week 13 of the regular season as first Trey Lance and then Jimmy Garoppolo dropped out due to injuries. Rookie Brock Purdy, the very last pick in the spring draft, took the field. His stats since then: 6 wins-6, 13 passing touchdowns with 3 interceptions, 67.1% passer rating, 107.3 passer rating.

It's not that Purdy is a new version of Tom Brady, although he does play much more confident than many of his peers. It's about Coach Kyle Shanahan's system, which works so cool that you can win even with yesterday's student without outstanding athletic ability. Purdy has a solid offensive line, outstanding playmakers up front and one of the best defenses in the NFL. He's not afraid to make mistakes, because he has someone to fix them.

It took San Francisco a while to get up to speed in the first half of the season, but their stats since Week 8 have been staggering: 10 straight wins, with the offense scoring 30+ points in 7 games and the defense allowing 17 points or less in 8 games. This is a machine with human skin, making its way to the title with an iron-clad stride. Will Seattle's Geno Smith get the comeback title of the year? Will he have to face a divisional rival who is "well acquainted" with the Shanahan system? It won't affect our mission.

Read Also: Everything You Need To Know About Nick Bosa