Philadelphia Eagles: Between Top and Bottom

Philadelphia Eagles: Between Top and Bottom. Imagine for a moment that Philadelphia had not won a Super Bowl in three years. 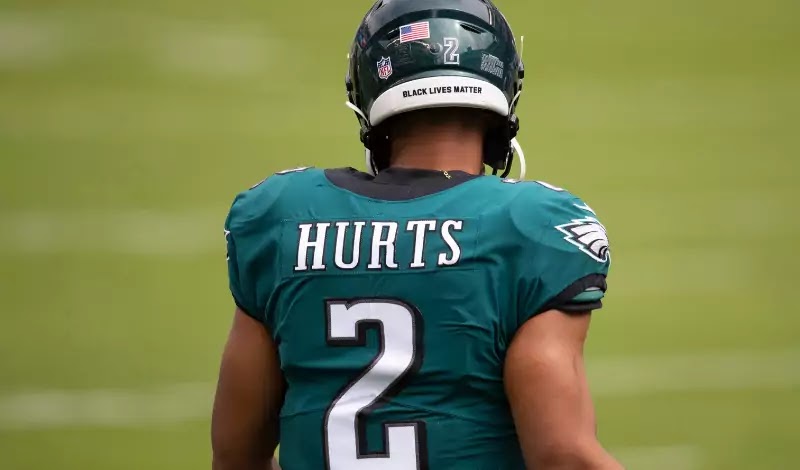 Imagine for a moment that Philadelphia had not won a Super Bowl in three years.

In each of the last three seasons, the team had failed to succeed. The head coach who led the Eagles to triumph was fired. Gone was the young quarterback who had been the face of the franchise. The newspapers were rife with headlines describing the mess in the organization and interference in the office by owner Jeffrey Lurie. Such a rapid decline was a real pain for fans. Had it not been for that very Super Bowl victory, things would have been much worse.

Right now, Philadelphia is stuck between a complete rebuild and a desperate attempt to make the playoffs again. The hope for success comes from having several veterans from a glorious 2017 and the general weakness of the NFC East division.

Doug Pederson did a great job three years ago, but then he gave up big time. This may have to do with the departure of key members of the coaching staff. First and foremost, it's about Frank Reich, who took over the Colts. Perhaps it's to do with Lurie's meddling in the organization and the chaos reigning within it. Whatever the case, Pederson's two seasons after winning were unconvincing, last season the team fell apart completely and he left. Now Nick Sirianni, formerly with Reich at the Colts, is at the helm.

The Eagles will play their first regular season game with a new quarterback. Carson Wentz has spent a career in Philadelphia for which it's hard to find a suitable comparison. He was the league's best in 2017, claimed MVP before tearing his knee ligaments. Wentz's understudy, Nick Foles, led the team to a Super Bowl victory. Over the next two years, Wentz continued to struggle with injuries, occasionally showing a pretty good game on a bad team. In 2020, he turned into a ball loss generation machine and ended up on injured reserve. Then there was a blowout, after which Wentz was traded to Indianapolis, earning a third-round draft pick in 2021 and a conditional fourth-round pick in 2022. That's quite a career, considering he's only 28 years old and has only spent five seasons in the league. Now the Eagles' quarterback is Jalen Hurts, and Lurie has received a significant dose of criticism for actively pushing through this decision.

Philadelphia made several trades involving veterans. Most of these moves didn't work, though it's hard to blame the team for trying to take another shot at the championship. In doing so, the Eagles spent a significant portion of their draft capital, and the remaining picks weren't handled in the best way. This is what the path from the top to the bottom looks like.

The Eagles' collapse is more than Andre Dillard being selected in the first round in 2019 or Jalen Reagor being taken before Justin Jefferson. With all the stories leaking out of the clubhouse, it's impossible to believe that a return to the top will be quick.

The inevitable trade of Carson Wentz was not an easy one. He played poorly and screwed up his relationship with the organization. His era ended much earlier than expected. The trade was one of the loudest of a relatively quiet offseason. In addition, salary cap problems forced the club to let several veterans go and limited the free agent market. The biggest loss was defensive back Jalen Mills, who was replaced by Anthony Harris, formerly of Minnesota. Harris became the only free agent the Eagles gave at least $4 million to. Philadelphia spent its first pick in the draft on Devonta Smith, an excellent receiver who many doubted because of his anthropometric data. That's not to say it all improved the team's roster much. The Eagles deserve an "F" for their offseason work.

The Eagles made the decision to start this season with Jalen Hurts, and you could call it right. Choosing the quarterback in the second round of last year's draft seemed odd, but Hurts showed his potential in his allotted time on the field. In his second game as a starter, he racked up 338 yards passing and threw for three touchdowns with another on the ground. In short, the young quarterback earned his chance. Now he has to convince the organization that it doesn't need to chart a new course.

The health of Philadelphia's players has been frankly unlucky. According to one Football Outsiders metric, the Eagles were second in the league last season in the number of losses due to player injuries. First-round pick Jalen Reagor missed four games and that slowed him down considerably. The same number was missed by Miles Sanders. Among the skill position players who gained at least one yard last season, only Greg Ward and Boston Scott played in all sixteen games. Jason Kelcey was the only offensive lineman to come on base in every game. On the defensive side, only Brandon Graham and Alex Singleton played a full regular season.

What new things will Sirianni give the team?

Winning a press conference is a strange concept, but an unfortunate phrase or inappropriate joke is permanently attached to coaches. Sirianni lost his first press conference. Such is the age of social media.

Twitter has long savored the coach's enthusiastic tales of his "systems." At the same time, his enthusiasm could benefit the Eagles. His appointment was a surprise choice, but he has worked for the well-organized Colts and is among those young, smart and well aggressive professionals that many teams are now after.

Doug Pederson has forever taken his place in franchise history, but his ideas have stopped working. Now it's up to Sirianni to get the Eagles to take off again.

Best-case scenario of the season

Philadelphia can be expected to win the division and not just because it is the weakest division in the league. If Jalen Hurts continues to progress and show his best, the veterans stay healthy, Sanders and Reagor find themselves, and Devonta Smith continues to be as unstoppable as he was in Alabama... anything is possible. True, there are too many "ifs" in this scenario.

In 2018 and 2019, a talented Eagles squad made the playoffs but did not succeed. Last year, it was bad. It's not hard to assume that this season we'll see the continued free fall of a disorganized franchise. Will Hurts be able to be consistent throughout the season? How will Sirianni handle her new role and responsibilities? The cherry on this burnt cake is Carson Wentz's successful season in Indianapolis.

The Eagles missed the opportunity to become a mini-dynasty for a number of reasons. Many mistakes were made in personnel decisions and many wonder why general manager Howie Roseman still retains his position. One would assume that things would get better with the departure of Wentz and Pederson, but the problems run deeper. Philadelphia fans are likely in for another long season. And it may not be without scandals, either.