The Super Bowl 2023 will take place on the night of February 12-13 at State Farm Stadium in Glendale, Arizona. The game begins at 6:30 P.M. ET.
Home
Facts
New York Giants 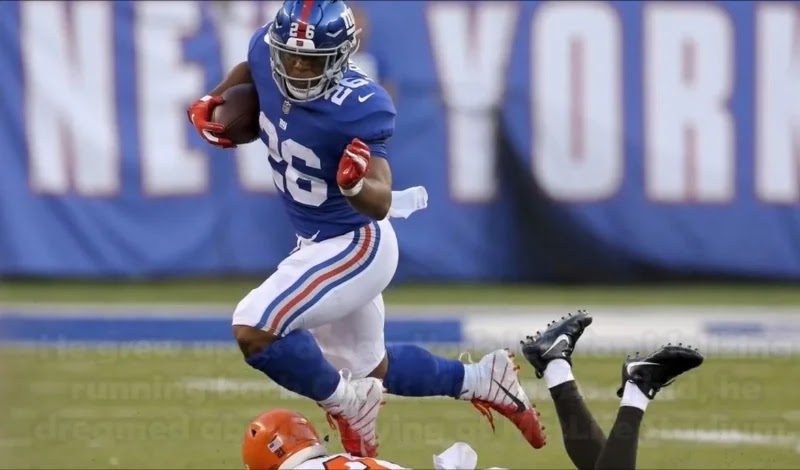 10. Saquon Barkley was born in the Bronx, New York.

He is the son of Alibay Barkley and Tonya Johnson. He has two brothers, Rashard Johnson and Ali Barkley, and two sisters, Shaquona and Aliyah Barkley. He grew up as a New York Jets fan idolizing running back Curtis Martin.

As a kid, he dreamed about playing at MetLife Stadium. Boxing talent ran in the Barkley family. His father was a Golden Glove boxer and Barkley is the great-nephew of former middleweight boxing champion Iran Barkley.

9. When his father was 19, he was arrested on a gun charge while on probation, and spent a year in Rikers Island Prison.

His father relapsed into drug use after he was born. His father was also finding it hard to escape trouble in the Bronx. His mother gave his father an ultimatum, she was moving the family to Pennsylvania with or without him. His mother told his father that he needed to stop what he was doing and get right.

When Barkley’s family moved to Pennsylvania, his mother worked two jobs and his father worked in food service and is now a cook. He made sure Barkley made football practice on time even when the family didn’t have a car to drive him there.

8. When Barkley was growing up, his house was so small that he would sleep on a twin mattress on the floor.

He attended Whitehall High School in Whitehall Township, Pennsylvania. He pondered quitting football when he was a freshman because he didn’t find immediate success.

New York Giants Running back Saquon Barkley was able to squat 300 pounds for the first time in the summer before his sophomore year. He struggled to get good grades in Spanish.

7. At Whitehall, he rushed for 3,646 yards with 63 touchdowns from his sophomore to senior year, including 1,856 yards and 31 touchdowns as a senior.

6. Barkley’s freshman roommate at Penn State, Andre Robinson, was so in awe when he first saw him that he had to call home and tell people about him.

Robinson told them, “He has veins in his thighs and popping out of his calves. I’ve never seen anything like it before in my life. He’s a freak.”

Saquon Barkley set a Penn State record for rushing yards in a season by a sophomore with 1,496.In his junior year against the Iowa Hawkeyes in the 2017 Big Ten Opener, he had a total of 358 all-purpose yards.

He also set a program record for most yards in a single game. He finished the game with 211 rushing yards and a touchdown, 94 receiving yards, and 53 kick return yards.

For his efforts, he was named Big Ten Offensive Player of the Week.

In the weeks leading up to the NFL Combine, his stock rose even higher. By late February, mock drafts projected him as the second overall pick, the highest for a running back since Reggie Bush in 2006.

3. Mel Kiper Jr., who has a history of being against drafting running backs in the first round, said, “Barkley is a once in a lifetime talent, teams that pass on this young man will be sorry.”

At the combine, Barkley had a widely praised performance, running a 4.40 second 40-yard dash and bench pressing 225 pounds for 29 reps, tying for the most reps at the running back position.

To commemorate the first “Saquon Barkley Day”, his hometown of Coplay, Pennsylvania held a parade on March 24th in his honor in order to celebrate him and his success. He has a daughter named Jada with his girlfriend, Anna Congdon.

1. Running back Saquon Barkley said that if he didn’t fall in love with football, he would’ve ended up being a boxer.

Running back Saquon Barkley loves hip-hop and before games, he listens to Cardi B, Meek Mill, A Boogie, J. Cole, Drake, and others.

S Barkley promised his mother that he would use his first paycheck from the NFL to buy her a house.

He said, “I promised my mom when I was little that I was going to buy her a house one day, I’m going to stay true to that promise. God blessed me with an opportunity to live my dream.”

Giants RB Saquon Barkley was able to keep to his word and purchase a house for his parents in Lehigh Valley.

That’s all 10 Facts You Didn't Know About Saquon Barkley, tell us if you think Saquon Barkley is the best running back in the NFL!