Before the schedule release, we can already define which will be the 10 best NON-DIVISIONAL duels that we will be able to enjoy in the 2021 NFL season 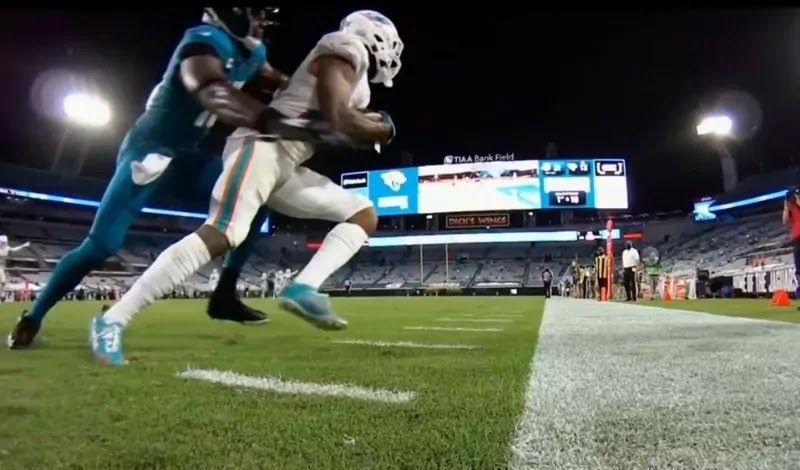 The 2021 NFL season will present its schedule on May 12. In the meantime, we already know the opponents of the 32 franchises, as well as the scenario where each of the games will be played, so we only need to know the Week and the schedule, which is not a minor issue.

Before the schedule is published, we can already define which will be the 10 best NON-DIVISIONAL duels that we will be able to enjoy in the 2021 season.

This is a matchup that the NFL doesn't see very often and that's why it's already attractive. In addition to the above, the Rams had the number one defense in the league last year and will face a serious challenge in Lamar Jackson. The Los Angeles defense looks to be much better next season.

Although a successful season is not predicted for the Detroit Lions, the morbidity of seeing Matthew Stafford and Jared Goff playing against their teams is what has this matchup on the list.

Although they have not met in the postseason since 1984, Raiders and Steelers are two great AFC rivals with a very large fan base in our country. These two franchises have met three times in the Divisional round and three more times in the Conference Finals, with two wins for Pittsburgh and one for "Raiders".

Two rivals that have increased their rivalry thanks to their prominence in the NFC, today they are also in the spotlight due to all the rumors that mention the Niners' interest in signing a disgruntled Aaron Rodgers.

In their first season as professionals, the first two overall selections of last year's draft, Trevor Lawrence and Zach Wilson will meet on the gridiron. Both the Jaguars and Jets will look very different this season, another reason to enjoy this matchup.

The second-to-last Super Bowl ring won by the Steelers was in the XL edition, when they defeated the Seahawks 21-10.

These teams have only met five times (not counting the postseason) since Seattle moved from the AFC to the NFC. Russell Wilson and Ben Roethlisberger have only met twice in their careers, and Roethlisberger left the 2019 showdown with a season-ending elbow injury. This may be the last time the two future Hall of Fame quarterbacks face off.

Many were betting that this duel would be the protagonist of Super Bowl LV, just as it happened in the first Super Bowl in history. This combination is possible due to the Additional Week that was implemented starting this season. The attractiveness of this duel will be maintained if Aaron Rodgers remains in Green Bay.

These are two teams that have a lot to prove in 2021 after a poor showing last season. Dak Prescott's return to the gridiron will involve, among other challenges, facing one of the NFL's most talented defenses. The biggest question for the Patriots will be who will eventually start at QB.

Both teams have a combined total of 11 Super Bowl wins. This is a game the networks will covet.

Carson Wentz wants to revive his career and the talent that the Colts have can make it easier for him. One of the biggest challenges he will face this season is the matchup against the champion Tampa Bay Buccaneers, where he will face Tom Brady for the second time.

Playing for the Philadelphia Eagles, Wentz completed only 50% of his passes in their 17-10 loss to the New England Patriots, all in 2019.

Seeing Tom Brady at Gillete Stadium is common, but seeing him on the opposing team will be very appealing. Booed or cheered? That's the big question as of now about the reception he'll get from Patriots fans.
Related : 2020 NFL Leaders
Covers everything about NFL, NFL Draft, NFL News and Rumors, Super Bowl, best NFL players in history, best NFL players, NFL Mock draft and more. YouTube TV NFL.