Here are the NFL Week 4 Picks, one of the most attractive games of the schedule is coming because the return of Tom Brady and Rob Gronkowski.

Here are the NFL Week 4 Picks, in the competition between El Abuelo and Milo El Productor. We have reached the first month of the regular season and one of the most attractive games of the schedule is coming, because of the morbidity that represents the return of Tom Brady and Rob Gronkowski, in serious doubt to play, to Foxboro with the colors of the Tampa Bay Buccaneers. 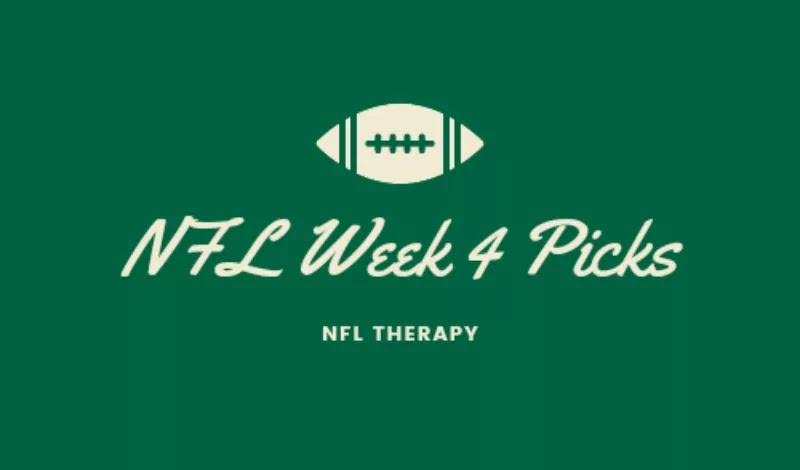 The atmosphere will be spectacular and as much as I believe that Bill Belichick has prepared this reunion with all his coaching staff in a special way, I think he will take a loss.

Tom Brady goes for several records on Sunday night, one of them being becoming one more QB in history to beat all 32 NFL teams. If he beats his former team, he will join Drew Brees, Brett Favre and Peyton Manning. This is already an incentive. In the process he can become the leader in yards per pass, which he will surely achieve in the second quarter. He needs only 68 yards to surpass Drew Brees' mark (80,358).

While Buccaneers' pass defense is vulnerable, I don't see the Patriots offense being able to exploit that weakness.

Losing can become a habit and a very dangerous one for a team. For Trevor Lawrence it was his fourth loss as a pro and already equaled the total number of losses he had in his high school and college years, his entire pre-NFL career. The outlook is very complicated for the Jaguars.

Now it turns out that Carolina is one of the teams to beat in the NFL? The Panthers defense will be tested by the Cowboys explosive offense and Sam Darnold may miss some Christian McCaffrey. Ezekiel Elliott seemed to wake up last week and should remain involved in the Dallas offense, although the matchup against the Carolina defense looks tough. The home field should help the Cowboys.

Kyler Murray is the first QB in franchise history to throw for 1,000+ yards within the first three games of a season. pic.twitter.com/f291lK7G8G

Duel of undefeated and rivals from the West of the National Conference. We will be facing a shootout with powerful and explosive offenses. The Rams' defense can make life difficult for Kyler Murray and contain him a little, but not completely stop him, not with the weapons at his disposal, even so, the Rams pull out the win.

The Browns defense has a new challenge against a National Conference North Division opponent. It already made Justin Fields and the Bears offense see their fate. Now it's the turn of Cousins and the VIkings, who are hoping to have Dalvin Cook back.

The Bills offense has already found the rhythm and the ideal formula to free up some responsibility for Josh Allen, who is coming off a monster game. Zach Moss started to take over the backfield and that's a good thing. The defense will feast against Davis Mills.

The Saints defense is the one that should take all the credit for the 2-1 start to the season. While Jameis Winston scored big in Week 1, the fate of this team rests with their defense, which will once again get the job done against a depleted Giants offense.

The only thing that could balance this game out is the Titans' absence of A.J. Brown and Julio Jones. While that will translate to carries for Derrick Henry, it doesn't mean Tennessee will forget about the aerial attack. Despite the losses, the Titans will come away with the win.

Jacoby Brissett injects a different dynamic to the Dolphins offense, something Tua will have to learn from the bench.

The Chiefs come into this game in a situation unfamiliar to many: having a negative record this early in the season. There may be alarms in Kansas City, but the solution is in their hands. Mahomes must apply the lessons learned in recent weeks and the situation will take the right direction.

Taylor Heinicke will have a new receiver at his disposal with the activation of Curtis Samuel, which will help take pressure off Terry McLaurin. The big question is whether Antonio Gibson will be ready to play, it will be a last minute decision. Washington's defense should impose the rhythm and conditions.

The Lions are not a flan or a check to the bearer for the rest of the NFL. They have been scuffling and it looks to me like they separate themselves from the pack of winless teams in the 2021 season. Matt Nagy I don't know what he's thinking or if he even has a brain cell working.

Hot matchup between NFC West rivals. Seattle has not looked good to start the season and could be clouded with a loss to the 49ers. San Francisco has a lot of question marks at running back and Kittle is banged up. Despite that, I see the 49ers as the ones to come out with their fist in the air.

Although the Broncos are favorites, it seems to me that the Ravens have more power on the offensive side of the ball to prevail as visitors.

The good news for the Steelers is that they return T.J. Watt and Diontae Johnson to play. The bad news is that the offensive line is inoperable and so is Ben Roethlisberger. Plus they face a motivated Aaron Rodgers, even if the world thinks otherwise.

The good start of the Raiders ends in Los Angeles. Divisional duel that will be very entertaining, but in which the quality of the Chargers' offense will end up imposing itself, with unbalancing weapons.